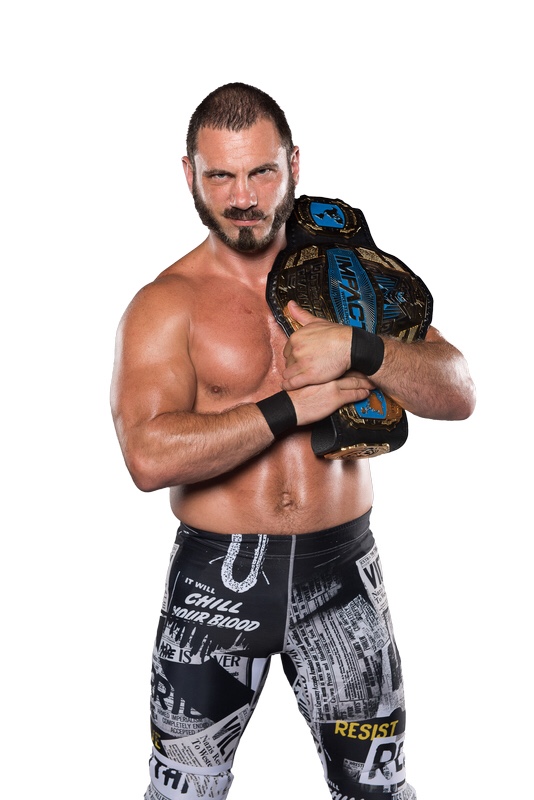 Tonight is the go home show for slammiversary a important ppv for the company in the new era, IMPACT are slowly in certain wrestling circles getting a bit of buzz about them mainly for the storytelling heading in to this Sunday’s ppv lets see if tonight keeps the trend going.

Kross beat Petey pretty easily with a modified choke the match was really a showcase to get Kross over as a monster which seeming worked as the crowd did boo him a bit at the finish. Petey had a little comeback with a codebreaker & a ddt but the bulk of the offence was for cross who hit a nice saito suplex before finishing with the choke. Winner Kross 4:52 **

Short pre tape with Madison Rayne telling us how her daughter wants to be a superhero like her mother when she grows up this was ok for what it was presenting Madison as whiter than white.

The hit squad get the win after Bahh has his eyes raked while going for the banzai drop leading him to get rolled up. Bahh & km were pretty over with the crowd despite being a comedy team. Winners Desi hit squad 4:28 *

They showed a OGs and LAX segment recapping their feud and hyping their match for Slammiversary this has been one of the best built matches for the ppv.

Drake attacked him early after Joe showed a pre tape of himself mocking frames youtube channel, drake went for the gravy train finish but got rolled up, after the match Katrina celebrates with Joe while ignoring her boyfriend Grado. Winner Hendry 3:49 *¼

Edwards said “I am the true innovator of violence. At Slammiversary Tommy Dreamer — I am going to be your never-ending nightmare.” Edwards is a very good wrestler but this feud with the ageing Tommy dreamer isn’t doing anything for me.

Video package for the Pentagon jr & Sami callihan match this Sunday looking forward to that one!

Squash match Sami put Pentagon’s mask on him & superkicked him before hitting his finish for the win. After the match Penta came on the screen speaking in Spanish as ove ran down the ramp. Winner Sami 4:04 *

Allie hit a codebreaker to score the win on shotzi the match wasn’t much it was built to showcase Tessa & Allie for their match on sunday. Winners Allie & Kiera 7:03 *½

Moose & Austin Aries had a in ring confrontation they are the main event on Sunday for Austin’s TITLE, Austin attacked moose from behind gave him a low blow but moose recovered & sent him packing as the show closed.

Tonight’s IMPACT wasn’t the best as unlike the last two weeks there wasn’t anything in ring worth watching but every segment was evolved around Sundays ppv so it did it’s job in promoting it. I’ll be doing a preview & running down the card before Sunday see you then thanks for reading.